Give Login Contact Search
At the Foundation / Grantmaking / How I Spent My Summer: Ana Maria Martinez 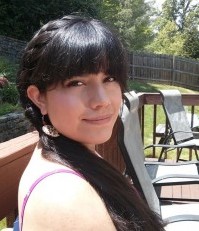 As a direct practice social work student at Case Western Reserve University, I spend a great deal of my time working “at the ground level” of nonprofit agencies. Being in direct practice means I am generally following guidelines and filling out paperwork to meet the standards often set by people in higher ranks (though, to be fair, it is often with the input of us down at the trench lines). I sought an internship with the Cleveland Foundation because I wanted to gain perspective on the organizational end of a nonprofit and to understand how administration and management play into how the programming of an agency is ultimately executed. Being placed at Open Doors Academy certainly did not disappoint in that regard.

Open Doors Academy is a nonprofit afterschool enrichment program. During the summer, Open Doors provides a variety of summer camps for students to provide enriching experiential experiences. These keep them sharp and engaged during a time researchers say they are vulnerable to forgetting much of the material they gained during the school year. Three to five different camps are offered every week and range from digital music mixing, to pottery, to athletics.

My role this summer has been to help manage these camps by working with the various coordinators and camp partners to ensure the kids have transportation to and from sites, a free lunch provided by the Cleveland Foodbank, and a chance to evaluate what they have learned from their camp experience. It has been an often stressful and busy task, but one that’s been made much more manageable by the incredible support from the office staff. When there are so many people involved in the coordination of a program as there are at Open Doors, there are several opportunities for something to go wrong: like a bus not showing up at the right site or children accidentally getting off at the wrong camp. However, what could have the potential to create severe distress is often dealt with quickly as staff jump in and adapt with such openness and creativity that it is easy to forget that anything went differently than planned. I believe it is this adaptability and resilience that the staff exudes that make Open Doors such an exceptional program.

This is often reflected by the attitude of the parents of the students. I originally dreaded having to call parents about camps, but after several warm greetings of “honey” and “dear,” it became a breeze. Ninety-nine percent of the time parents were responsive and understanding, even thanking me for the calls and marveling at how much their children have enjoyed the program. I was worried that working an office job where I would spend a great deal of my day sitting in front of a computer would lack the rewarding energy that I’ve enjoyed in social work, but the gratitude expressed by the parents and the positive energy exuding from the staff have quelled this concern.  I will be sad to be finishing this internship soon, but incredibly grateful that this is how I spent my summer.

Watch this video to learn more about Open Doors Academy.

Each week we use this space to give each of our interns a chance to reflect on their internship experiences. Ana is a graduate student from Case Western Reserve University. Placement: Open Doors Academy