Give Login Contact Search
At the Foundation / #BehindTheGrant: LifeAct

In January, we granted $22,500 to LifeAct to broaden the organization’s suicide prevention efforts in Lake and Geauga County. In this guest blog, we invite you to go behind the grant to learn more about LifeAct and its work:

LifeAct is a nonprofit organization dedicated to saving young lives. Its mission is to prevent suicide by teaching young people to recognize the warning signs of depression and seek help for themselves or others. This early identification helps to initiate the first step in getting assistance: connecting those students with the appropriate professionals through LifeAct’s partnerships with University Hospitals Rainbow Babies & Children’s Hospital and FrontLine Service. LifeAct’s partners complete the circle of care – in real time. 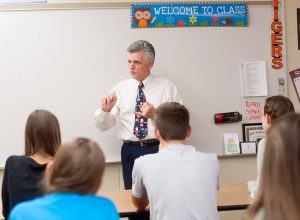 In recognition of its work, LifeAct received three awards in 2016:

In 2017, LifeAct is commemorating 25 years of educating teens about depression awareness and suicide prevention. To learn more, please visit www.lifeact.org.