Give Login Contact Search
At the Foundation / Giving / Core Values in the Core City: JoAnn and Bob Glick Focus on Transformation

This interview was originally published in our winter 2019 issue of Gift of Giving magazine.

JoAnn and Bob Glick are on a philanthropic mission: By giving to humanitarian causes close to home, they believe they can support the most vulnerable in our community and simultaneously underscore the need to bring large-scale philanthropic dollars to the core city. 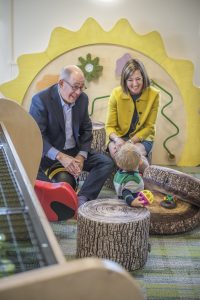 JoAnn and Bob Glick at the Children’s Museum of Cleveland where they’ve provided $300,000 to support exhibits and community access in the past year.

“There is a need in the city of Cleveland greater than anyone could ever imagine,” Bob said. “And we want our gifts to be transformative, not only in what they do, but in shining a light on important programs and projects. If we’re successful, it will prompt others to think about what they can do for the city and our residents.”

Setting trends and taking care of people has been the fabric of their lives. Bob is the founder, former CEO and Chairman of Dots, LLC, a national specialty women’s apparel chain offering fast fashion at exceptional prices. At the time of its sale in 2011, Dots operated 430 stores in 28 states and employed more than 5,000 people. Bob has been inducted into the Kent State University School of Fashion Design and Merchandising’s Hall of Fame and serves on the boards of the Cleveland Foundation, University Hospital’s Ahuja Medical Center and Alliance Solutions Group. He is also a member of the Activant Capital advisory board.

“Cleveland is our home, and our philanthropy is a way of giving back and saying ‘thank you’ to the residents who shopped in our stores and who worked in our stores, our office, and our distribution center,” Bob said. “We appreciate all that they did.”

JoAnn is a registered nurse and has been a very active volunteer in the community. She is currently on the board of ideastream and serves on the advisory committee for Quality and Safety Education for Nurses (QSEN) at the Frances Payne Bolton School of Nursing at Case Western Reserve University. Advocating for others is a natural extension of her community involvement.

“We bring different things to the table and balance each other out,” JoAnn said. “Bob is taking more of an entrepreneurial approach like he did in business. As a community health professional, I have always been interested in optimizing the health of the community and the importance of evaluation to know that what we do is really effective.” 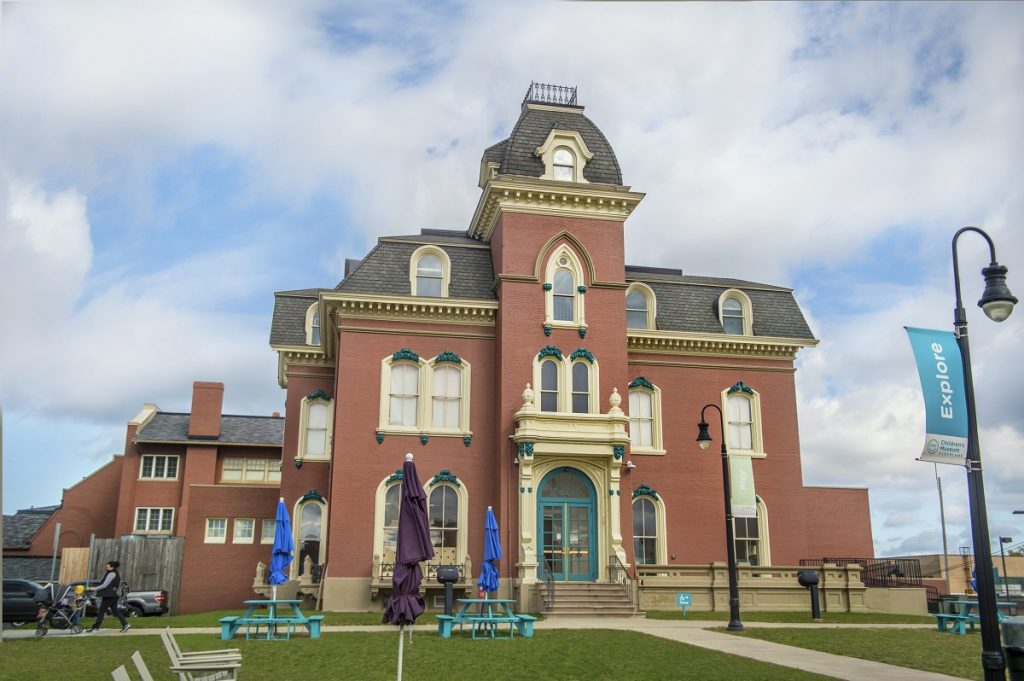 The Children’s Museum of Cleveland moved to the distinct Stager-Beckwith mansion at 3813 Euclid Ave. in 2017 with all new exhibits.

The JoAnn and Robert Glick Family Fund of the Cleveland Foundation has quietly granted nearly $2 million to local causes over the last decade. With awards ranging from $250 up to $250,000, gifts of many sizes are considered.

“In many cases, we’re doing projects that are off the radar – projects where other people aren’t giving,” Bob said. “We’re seeking a fresh way to do things, and we want to support creativity and results.”

With a desire to elevate their already impactful philanthropy, the couple worked with the Cleveland Foundation to revamp their mission statement, explore new giving opportunities and increase their charitable investments.

“The foundation is a first-class organization filled with smart, caring people who have their hands on the pulse of the community,” Bob said. “It’s truly one of the top community foundations in the country – we never would have considered working with anyone else.”

In the future, the Glicks hope to focus on measurably improving the health and well-being of the Greater Cleveland community through the support and creation of impactful programs that focus primarily on women and children. 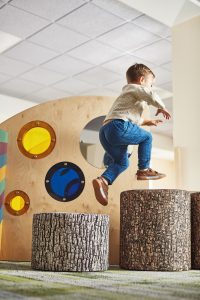 The Meadow exhibit, funded by the Glicks, offers a sensory-rich environment for infants, crawlers and early walkers.

Both Northeast Ohio natives, JoAnn and Bob fell in love after meeting on a blind date and have been married for more than 40 years. It was another chance encounter – an unplanned visit to the Children’s Museum of Cleveland (CMC) in 2017 – that led them to one of their most recent and beloved projects.

“When you go in [the CMC], the look in the children’s eyes, as well as the parent’s, is like kids in a candy store,” JoAnn said. “It’s safe. It’s clean. And the kids have the opportunity to play with so many things that they might not have anywhere else.”

As parents of three and grandparents of five, JoAnn and Bob understood the potential of the museum and embraced it. The couple awarded $250,000 for the creation of the Meadow, a sensory-rich environment for infants, crawlers and early walkers designed to nurture the parent/child relationship and promote exploration and learning. In November, the Glicks announced an additional $50,000 gift to launch a pilot program that will extend free museum memberships to families in the nearby Central neighborhood.

The Glicks also recently committed a $75,000 gift to The Refugee Response for a program to support teen refugees in the Cleveland Metropolitan School District (CMSD). “Teen Response” will be based at John Marshall High School and provide academic, emotional and cultural supports. The program is set to help teens being resettled in Cleveland stabilize or improve their school performance and build a plan for life after high school. 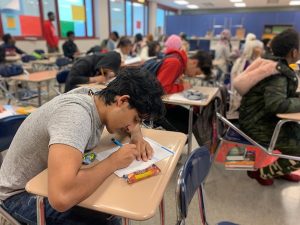 So far, more than 24 students are fully enrolled in The Refugee Response’s Teen Response program, which just launched earlier this month.

“This is extremely important work that is meaningful to our family, and we’re pleased to be able to help fill a gap in programming,” Bob said. “Our hope is that this pilot is successful at John Marshall and becomes a model that can be replicated at schools throughout CMSD and for other organizations across the country that are dealing with similar situations.”

The Glicks believe the ripple effects of projects like the Meadow and Teen Response will be far-reaching.

“I think we’re in a great place in Cleveland; and as you drive downtown, you see all the urban renewal that’s going on – from midtown to downtown and beyond,” JoAnn said. “It’s an exciting time for Cleveland. People here really care about the community. We need to support programs from organizations with strong leadership, especially those for children. They are our most important asset, and if we just give them access to the education, services and health care that’s needed, it would benefit not only the residents and the city, but also the region.”

To learn more about The JoAnn and Robert Glick Family Fund, please contact the Cleveland Foundation Advancement team at 216-685-2006.