JumpStart invests in big ideas and talented people to create jobs and economic vitality. The Cleveland-based nonprofit organization has been successful, creating more than 10,000 jobs and $5.6 billion in impact across Ohio since 2010.

Now, JumpStart is raising $35 million through its campaign “Fuel” to fuel new programs, invest in companies and strengthen the magnetic draw of our region. JumpStart partnered with the Cleveland Foundation in 2017 to open the Fuel JumpStart Fund, a organizational fund first announced at the foundation’s 2017 Annual Meeting.

Give to Fuel JumpStart


JumpStart will use donations to support four key areas:

After more than a decade engaging with entrepreneurs who drive innovation, JumpStart now connects the most relevant startups to corporate partners participating in the “Fuel” campaign, giving exposure to the innovations generated by our startup community. 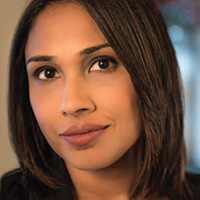 “With all of the technical support, resources and consulting, JumpStart has truly lived up to its name and has been a true partner, helping kickstart us at a critical stage.”

Building an economy of opportunity for all

Our region has already benefitted from the innovative ideas and job creation of JumpStart’s minority and female clients. Now, elevating this work provides more individuals the opportunity to contribute to economic growth and their families’ livelihood. 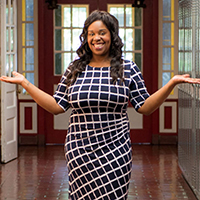 “Making A Difference Consulting can now help hundreds of thousands of children, because JumpStart helped me see the possibilities for my business.”

Further accelerating the growth of both startup and scaling companies is a critical focus of this fundraising campaign. 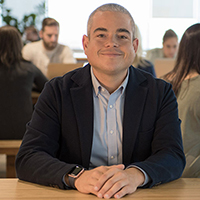 “JumpStart is a fantastic partner. In our early years, they offered financial support and relationships that helped fuel the growth of our business.”

JumpStart works with its partners, from large corporations to smaller non-profits, to help create intentional action in their communities and design meaningful interventions.

The Time is Now

JumpStart was able to access a match from the state to maximize the impact of donations through 2019. While JumpStart has received catalytic grants from partners such as KeyBank, it is seeking additional philanthropic donations before the match expires, to help ensure that Greater Cleveland keeps up with its peer cities (such as Columbus and Pittsburgh), continues to create globally competitive jobs and is attractive for individuals to work and live.