CHAUTAUQUA, N.Y. — Chautauqua Institution today announced its lineup of programs and events for Aug. 1–5, 2016, a week of lectures and discussions on “The Future of Cities,” and how the cities we live in are changing. The Cleveland Foundation is the presenting sponsor of the series and, in partnership with The City Club of Cleveland, will present a platform of dialogues connecting work in Cleveland to the evolution of cities worldwide.


By 2050, more than two-thirds of the world’s population will live in cities. Lectures and programs during this week at Chautauqua will explore how urban centers can sustain increasing populations, and how future cities might try to support their citizenry beyond the usual basic needs of housing, infrastructure and transportation. The conversation on “The Future of Cities” will span the globe, with speakers including David Simon, creator of HBO’s “The Wire” and “Treme”; Sergio Fajardo, outgoing governor of Antioquia, Colombia; and Michele Dunne, an expert on Egyptian cities with the Carnegie Endowment for International Peace.

“We are delighted to welcome the Cleveland Foundation and the City Club to Chautauqua this summer and to strengthen the Institution’s longtime ties to Cleveland,” said Tom Becker, president of Chautauqua Institution. “The proud Northeast Ohioans who make up a large portion of our summer population will be highly engaged in the discussions of how to position great cities like Cleveland for sustainable futures.”

The Cleveland Foundation and the City Club’s daily dialogues on Monday through Thursday, Aug. 1–4, will tackle initiatives within Greater Cleveland designed to prepare the city and region to thrive well into the 21st century and beyond. Topics include “Connected Cities,” “Artistic Cities,” “Welcoming Cities” and “Green Cities.” These “Fred Talks,” part of a Cleveland Foundation series, will be presented by Cleveland-area community leaders and moderated by City Club CEO Dan Moulthrop.

“For decades now, community leaders have pursued strategies to revitalize downtown and many other parts of our city,” said Ronn Richard, president and CEO of the Cleveland Foundation. “At this moment, we’re finally seeing the kind of far-reaching economic opportunity we’ve been working toward taking root, and we want to share the Greater Cleveland model with the rest of the world.”

Elsewhere in the week, on Tuesday, Richard will lead a Cleveland-centric conversation on Chautauqua’s Interfaith Lecture Series platform with the Rev. Stephen Rowan, pastor of Bethany Baptist Church, and Rabbi Robert Nosanchuk, senior rabbi of Anshe Chesed Fairmount Temple. Audiences will also have an opportunity to hear a presentation by Adrian Matejka, author of The Big Smoke and winner of the 2014 Anisfield-Wolf Book Award for Fiction presented by the Cleveland Foundation. To conclude the week, on Friday, Aug. 5, the three organizations — Chautauqua, the Cleveland Foundation and the City Club — will present an interactive reflection and dialogue session to help audience members take learnings from throughout the series back to their own cities.

“There are so many compelling initiatives transforming cities around the world, and we are thrilled to collaborate with our friends at the Cleveland Foundation and in the Chautauqua community to connect those initiatives with the equally compelling work in Greater Cleveland,” said Moulthrop.

All the events take place at Chautauqua’s scenic lakeside grounds, and alongside presentations throughout the week by the Institution’s innovative resident orchestras and dance, opera and theater companies. For more information on “The Future of Cities” week at Chautauqua, and to book accommodations, visit chqfutureofcities.com.

ABOUT CHAUTAUQUA INSTITUTION: The pre-eminent expression of lifelong learning in the United States, Chautauqua Institution comes alive each summer with a unique mix of fine and performing arts, lectures, interfaith worship and programs, and recreational activities. Over the course of nine weeks, more than 100,000 people visit Chautauqua and participate in programs, classes and community events for all ages — all within the beautiful setting of a historic lakeside village. Smithsonian magazine named Chautauqua as the No. 1 “Best Small Town to Visit in 2014” in the cover story of its April 2014 issue. 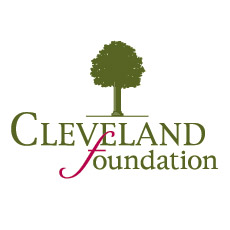 ABOUT THE CLEVELAND FOUNDATION: Established in 1914, the Cleveland Foundation is the world’s first community foundation and one of the largest today, with assets of $2.1 billion and 2015 grants of $95 million. Through the generosity of donors, the foundation improves the lives of residents of Cuyahoga, Lake and Geauga Counties by building community endowment, addressing needs through grantmaking, and providing leadership on vital issues. The foundation tackles the community’s priority areas – education and youth development, neighborhoods, health and human services, arts and culture, economic development and purposeful aging – and responds to the community’s needs. For more information on the Cleveland Foundation, visit www.clevelandfoundation.org and follow us on Facebook.com/ClevelandFoundation, Twitter @CleveFoundation and Instagram @CleveFoundation.

ABOUT THE CITY CLUB OF CLEVELAND: The City Club of Cleveland is one the nation’s great free speech forums. A product of the Progressive Era, we were founded in 1912 and are the nation’s oldest continuous independent free speech forum, renowned for our tradition of debate and discussion. For more than a hundred years, all of our speakers, from sitting presidents to community activists, have answered unfiltered, unrehearsed questions directly from the audience. Our mission is to inform, connect, and motivate citizens to take action on issues relevant to our region and beyond.

Portraits of Tom Becker and Ronn Richard available at this link