Give Login Contact Search
At the Foundation / Grantmaking / How I Spent My Summer: Steven Kanner 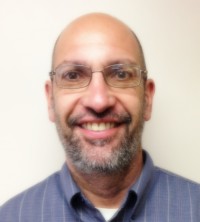 One doesn’t just ride the RTA bus route number 20; one experiences the sights and sounds and smells of urban America.  On my way to my first day of work as a Cleveland Foundation summer intern at Seeds of Literacy, I heard a fellow rider in the back of the bus exclaiming how he couldn’t afford women friends any more.  After paying for hair styling and expensive meals at Red Lobster, it costs close to $500 a day.  He was swearing off women.  The passengers chuckled at his bus-time oratory.

Being an East Sider, bus transportation is a lengthy endeavor as I make my multi-transfer trip to West 25th Street and Clark Avenue.  At 7:15 a.m., I board the number 9 bus on Mayfield at Warrensville.  From there, transferring at Euclid and Mayfield, it is a straight shot downtown on the Healthline.  At Public Square, I catch any bus (most likely the #20) traveling over the Detroit-Superior Bridge or the Lorain-Carnegie Bridge (officially known as the Hope Memorial Bridge, named after Bob Hope’s father and family) to get to the West Side and my final destination by 9 a.m.: my internship home at Seeds of Literacy.

I love the hustle and bustle one finds on almost any big-city bus like those in Cleveland.  Topics can range from the kidnapped women on Seymour Ave. (a few blocks from the Seeds office) to expensive female companions to the financial costs (tax credits, lost time, and carbon emissions from nonmoving congested cars) of filming “Captain America” in Cleveland and closing down a major West Side artery.  Similarly, but in a more controlled atmosphere, Seeds of Literacy brings that urban energy into its offices in the historic US Bank building on West 25th Street.  That energy is channeled into an adult education program that works some amazing changes.

Close to 100 people a day (Monday – Thursday), almost all Cleveland residents, most who read below an 8th grade reading level, come to Seeds to further their education and work toward passing the General Education Development (GED) test.  These folks are courageous and energetic.  It is not easy for these folks to come in and say, “I want to make a change in my life.”  They might have dropped out of high school for a variety of reasons: maybe they got pregnant, or maybe they couldn’t fit in the educational system in which they were enrolled.  For whatever the reason, they’re at Seeds now.

Patrice Jones may be considered a typical student. As reported in recent Seeds of Literacy literature, she says, “I came to Seeds because I wanted a better life for me and my kids … . I’m setting a strong foundation for all of us through education.”  The literature continues, “Patrice is spot-on. According to a recent study from the National Institutes of Health, a mother’s reading skill is the greatest determinant of her children’s future academic success, and outweighs other factors like neighborhood and family income.”

Students coming to Seeds are nurtured by a successful system of one-on-one volunteer tutoring.  Last year, about 250 people volunteered for 1,200 students.

One of my jobs as an intern this summer is to assist Seeds as it puts in place a new curriculum for computer and digital literacy.  Seed has received grant money from the Cleveland Foundation, among others, to implement a computer lab at their site.  One of the drivers for the new lab is the changes being implemented for the GED test. Changes in Ohio include increased fees for taking the test (from $40 to $120), moving from a paper-based test to a computer one, and limiting the testing sites from an estimated 10-15 (at least) to a most likely 3-6 sites in Cuyahoga County.

I’m excited about the energy found inside Seeds of Literacy’s bustling office and excited by the energy found on my bus rides across Greater Cleveland.  And I’m thankful the Cleveland Foundation is giving me the opportunity this summer to learn from it all.

Each week we use this space to give each of our interns a chance to reflect on their internship experiences. Steven is a graduate student at Cleveland State University. Placement: Seeds of Literacy