Questions? Get in Touch 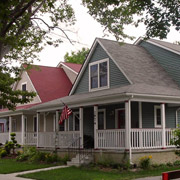 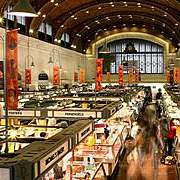 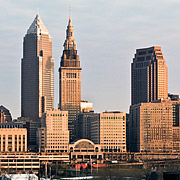 Give to Neighborhood Revitalization

We believe all Greater Cleveland residents deserve vibrant, healthy neighborhoods. Together with donors and community partners, we focus on the intersections of:

From large-scale initiatives to individual organizations, we highlight some of the key partners and projects in our approach to neighborhood development: 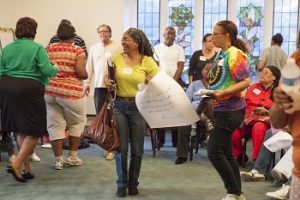 ioby Cleveland is an innovative crowdfunding platform where people across the city set out to get good done in their neighborhoods. To date, residents in Cleveland have raised over $951,300 for 292 projects with help from ioby.

Enhancing the built and natural environment to promote health, happiness and ownership

Cleveland Neighborhood Progress (CNP) is a nationally recognized community development intermediary that works with people and organizations across public and private sectors.

MidTown Cleveland Inc. fosters a dynamic, seamless neighborhood that champions innovation and technology and reignites the link between Downtown and University Circle. 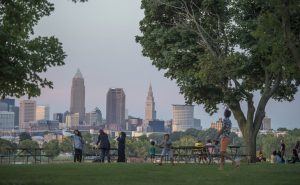 We support partners including LAND studio, Cleveland Metroparks and others to promote the development and rebirth of Cleveland’s signature public spaces as well as neighborhood pocket parks, connectors, third spaces and other civic and recreational amenities. Projects include Cleveland Public Square, Rivergate Park, Edgewater Park, and the Cleveland Foundation Centennial Trail: Lake Link.

More recently, the #OurSpacesAllFaces campaign, led by Neighborhood Connections, is promoting inclusivity and a sense of belonging for all people in public spaces. The campaign shines a spotlight on the many ways people use their parks and neighborhood public spaces.

Experiencing place and community during a pandemic – We’ve supported pilot projects like Art Portal that use mixed reality tools and virtual ‘spaces,’ to help people stay connected to one another and their communities during COVID-19. 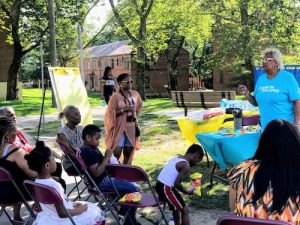 Hough Community Land Trust is an independent, resident-led organization that works to ensure long-term real estate affordability while supporting racially and economically inclusive ownership and access in the Greater University Circle area. To protect against the destructive effects of gentrification, the land trust buys and leases land to developers after negotiating community benefit agreements. Launched in 2019 through a collaboration between Councilman Basheer Jones, New Village Corporation and the Cleveland Foundation, the land trust operates with support from Famicos Foundation, MidTown Inc., New Village Corporation and an eight-member board comprised mostly of Hough residents.

Clark-Fulton Juntos/Together: A Community Master Plan is an effort led by Metro West Community Development Organization, the office of Ward 14 Councilwoman Jasmin Santana, MetroHealth System, the City of Cleveland and the Cleveland Foundation to produce a resident-driven community master plan for the Clark-Fulton neighborhood. Through a year-long study that kicked off in January 2020, the Clark-Fulton community is envisioning strategies to create a more healthy, equitable and sustainable future for this vibrant and diverse neighborhood.