Give Login Contact Search
At the Foundation / Grantmaking / Summer of Purpose: Investment Need Not “Gentrify” Our Neighborhoods 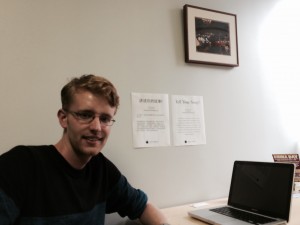 Here’s a game anyone can play: Start talking about any Cleveland neighborhood and see if it takes more than five minutes before someone says the word “gentrification.” Based on my experience, I’m betting it won’t.

As an urban studies major at Cleveland State University who spent my summer working at St. Clair Superior Development Corporation through the Cleveland Foundation’s Summer Internship program, I’m pleased that people seem to be showing an interest in equity and championing the rights of the poor and the working class. But I’ve also noted with concern that the G-word is now applied indiscriminately to just about any new construction or any attempt to revive neighborhoods that are truly struggling.

Let me be clear: I’m no fan of real gentrification. Boston’s Beacon Hill neighborhood, where housing prices rose $900,000 in 14 years, is a good example of unabashed invasion of working-class neighborhoods by the rich. You’ll never find me defending that kind of change. However, the difference between that and someone of the middle class moving into Glenville, for example, and renovating an empty, foreclosed home is so stark as to make me question the usefulness of applying the same term to both.

If you ask people to describe the negative effects of gentrification, a central part of their definition will be the uprooting of the poor, a consequence of rising house values and rents. Cleveland is somewhat resistant to this trend because in most neighborhoods, we have a whole lot of vacant space. The city’s population is less than half what it was in 1950 so, if done right – with preferential housing options for the poor and a commitment to diversity and real equity that goes beyond lip service – we could substantially increase the population of neighborhoods without pushing anyone out, by rehabilitating vacant spaces and increasing the density.

Not only is this outcome possible; in many cases it’s necessary. Population in many of these neighborhoods has dipped below the number of residents that would make retail sustainable. This situation contributes to a lack of employment and retail options in the area, makes neighborhoods less desirable, encourages food deserts and causes huge swaths of storefronts to sit empty, an inviting target for vandals, scrappers and arsonists.

It’s also worth noting that many of the amazing buildings that give neighborhoods the urban character we’re finally coming to value are right on the outer edge of salvageability due to decades-long neglect. Each winter, each thunderstorm, each passing day ages these houses, and we are right on the brink of losing them forever.

People who cry “Gentrification!” might like the neighborhoods just the way they are now. But if we as a metro area don’t back up our stated love for these places by investing in them and their infrastructure, we will lose them. Would I call that gentrification? Not a chance.

Nicholas Downer is a senior at Cleveland State University, majoring in urban studies and English.