Give Login Contact Search
In the Community / Arts & Culture / An Introduction to the Creative Fusion 2014 Fall Class: Pablo Serra Marino

This is the fourth in a series of ongoing blogs introducing you to our new artists. 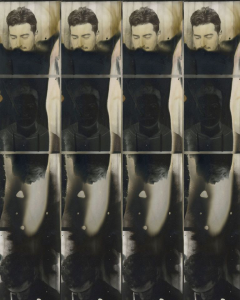 Pablo has been busy interacting with the artistic community in Cleveland and already has met a variety of artists around Northeast Ohio. Painter John Carlson is sharing his studio space with Pablo and printmaker and photographer Michael Loderstedt is assisting Pablo with his culminating project. Michael also has shown Pablo Lake Erie up close and personal, from the viewpoint of a kayak.

At the Print Room, visual artist Pablo is working with photography students from Saint Martin de Porres High School, led by local photographer instructor Donald Black Jr. Pablo is learning black & white photography that he may incorporate into his final work. He also participated in Print Room Gallery Manager Jeff Curtis’ pinhole photography class where he learned how to construct a pinhole camera from a cardboard box, take photos and print the work in a darkroom. This was the first time Pablo had done any kind of darkroom work.

Pablo spent time his first weekend in Cleveland visiting Orange Art Center with Cleveland photographer Carrie Gabella. His second weekend, he focused on stopping by local galleries and cycling in the Metroparks. Last week, he attended the Print Room’s Photobooth Christening Party, where he was welcomed by many Clevelanders eager to find out about Chilean culture and art.