In Cuyahoga County and elsewhere, the liberties at stake in immigration court proceedings are serious — they include the freedom to escape persecution and to live safely in the same country as your family. Still, due to the cost, immigrants often appear in court without an attorney and with little or no knowledge of how the legal system works. As a result, many are ordered by the courts to be removed from the country, even when an attorney may have been able to present a basis for defense allowing the immigrant to remain in the United States.

In 2016, Ratner reactivated her law license and began volunteering with Catholic Charities Migration and Refugee Services. Working with immigrant families and children in Northeast Ohio inspired Ratner to further her own personal action. In 2017, Ratner and her family established the Cuyahoga County Immigration Legal Services Fund at the Cleveland Foundation with the goal of reaffirming and maintaining due process, fairness and justice for Northeast Ohio’s immigrants and their families.

The fund was created in collaboration with Catholic Charities Migration and Refugee Services, The Legal Aid Society of Cleveland, Asian Services In Action, Inc. and Building Hope in the City. These nonprofit organizations provide immigration legal services to residents of Northeast Ohio.

“Nonprofit immigration attorneys provide refugee and immigrant communities with an alternative to seeking legal assistance from unqualified preparers and untrained friends or family members,” said Camille Gill, Managing Attorney of Catholic Charities’ Immigration Legal Services (ILS) in Cleveland. “Often, my agency encounters clients who tried to navigate the complex area of immigration law on their own or with the assistance of an unqualified preparer, only to end up in a worse situation; with a denied application or an allegation of fraud due to misunderstanding. The access to competent, professional and affordable legal services greatly increases an individual’s chance for success.” 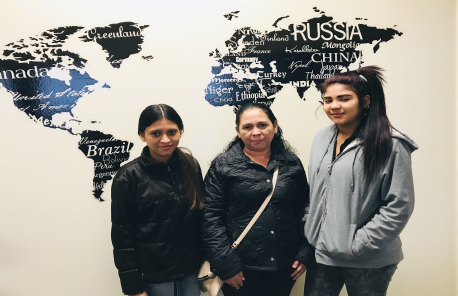 One person helped by their services is Kittys, a victim of decades of brutal domestic violence in El Salvador. She was able to escape her abuser with her daughters Nayeli and Anita, and together, they have been working on starting a new life in the United States while their application for asylum is pending with the Cleveland Immigration Court. ILS’s contact with Kittys and her daughters began at their first hearing in immigration court, and she is currently awaiting the decision in her case. 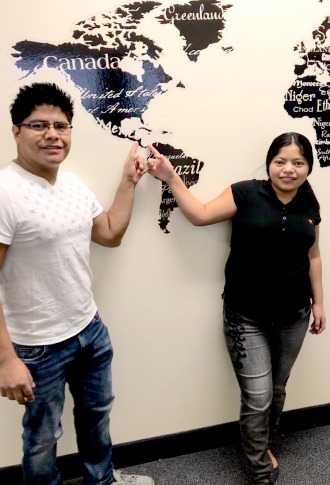 Clara is a 17-year-old Guatemalan girl who was left orphaned when both of her parents tragically passed away. After her parents’ deaths, she suffered abuse and neglect from the various family members who she lived with in Guatemala. Clara does not speak Spanish and is an example of a case in which ILS used phone interpretation for her rare Mayan dialect, Quiche, to prepare her for immigration court.

Regarding her experience with the program, Clara states, “They help me very much with my case. They have done so much for me, and I am very thankful for their help.”

Her cousin, Modesto, added, “I am very thankful for the people who provide the funds for low income kids and newcomers to access the legal system here in the United States as well as access to languages, which is also very important, especially for young kids who do not speak Spanish and are learning English. Access to language bridges the gap so that there is a fair shot.”

How You Can Help

Donate to the fund online via: http://bit.ly/CCILSF.