On Saturday, October 5, thousands of people gathered at Max Hayes High School for Convención Hispana 2019, a day-long event presented by the Hispanic Roundtable that seeks to convene and empower Greater Cleveland’s Hispanic community. It’s the largest gathering of its kind in the state of Ohio and it represents a national model in community organizing. Held once every three years, the Convención punctuates a multi-year planning process that is spearheaded by four volunteer-led committees focused on areas of education, empowerment, health, and workforce and economic development. The Convención is an opportunity to reflect on progress made since the last gathering and to set goals for the years ahead.

“It’s based on the idea of the Roman and Greek forums, where the citizens meet – they identify and debate the issues, and make decisions based on those issues,” says Jose Feliciano Sr., Chairman of the Hispanic Roundtable, “The notion of issue identification, agenda setting and institution building really drives what we try to do here.” 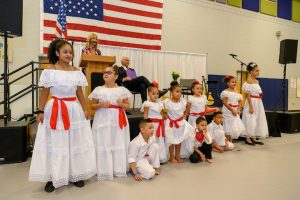 A History of Impact

The first Convención was held in the mid-1980s, and over the years these gatherings have made a visible impact within the Hispanic community and throughout Greater Cleveland. Recognizing the importance of this event to the well-being of the entire region, the Cleveland Foundation has supported Convención Hispana since 2007 – this year, with a $35,000 grant. Over the course of its history, the Convención has contributed to the development of successful organizations and programs like Esperanza, Inc., the Hispanic Business Center, the Hispanic Domestic Violence Program, the Hispanic Contractors Association and the Hispanic Senior Center. It has also fueled long-term community visions like La Villa Hispana, a planned business district in the Clark-Fulton neighborhood that could soon become a reality. “Lots of great ideas can be developed when they are identified and people can champion them,” says Feliciano. “The idea is, between conventions, those of us on the board try to create an environment and open doors for the implementation of the ideas.” 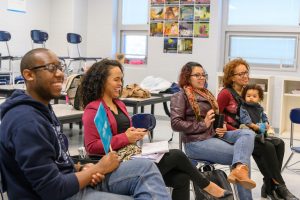 Taking Action for the Future

At the core of Convención Hispana’s community organizing model are goals and objectives that are set for each committee and re-evaluated every three years at the event. They provide guideposts for the work that happens in the years between each Convención. You can read the 2019 goals and objectives here. The event encourages residents to be part of the conversation around important community issues through a series of workshops designed to spark dialogue and ideas. This year’s sessions focused on the MetroHealth System transformation and its impact on the Clark-Fulton neighborhood, mental health in the Hispanic/Latinx Community, the 2020 Census, immigration and more. Learn more about the 2019 workshops here. 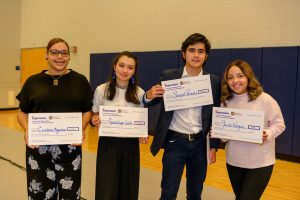 In addition to providing a platform for community organizing, Convención Hispana empowers residents with a job fair, a naturalization ceremony, free health screenings and a community resource fair. The event also celebrates the cultures and traditions that are part of Cleveland’s Hispanic community. An essay contest this year provided $5,500 in scholarship prizes to local students; participants responded to the prompt “What would you want other communities to understand about being LATINX?” And a business pitch competition offered a $2,500 prize, as well as mentoring and support, to an aspiring entrepreneur; this year’s prize went to a young man who wants to develop a culinary business focused on vegan Latin dishes. The Convención’s afternoon assembly featured performances by local dancers, remarks from public officials and event leaders, as well as a conversation with this year’s keynote speaker: Grammy-award winning musician Jose Feliciano (who just happens to share the same name as the event chair). 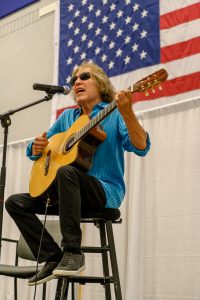 The entire Convención Hispana program is closely tied to the mission of the Hispanic Roundtable, which is to empower the Hispanic Community to become full partners in the economic, educational, political, civic and social life of Greater Cleveland. As the Hispanic/Latino population in Northeast Ohio continues to grow, forums like the Convención only become more important. “The broader community doesn’t progress if the Hispanic community doesn’t progress,” says Feliciano. “When you get more involvement, more value and more productivity out of our community, the broader community gets better. It’s about increasing the value of the whole community, not just us.”