The Higley gift becomes part of the existing Higley Fund of the Cleveland Foundation, making it the single largest supporting organization at the foundation. A supporting organization is a separate nonprofit entity operating in conjunction with the Cleveland Foundation. It has its own board that determines investment strategy, governance structure, and grant priorities while also taking advantage of the professional services of the foundation, including staff and administrative support. 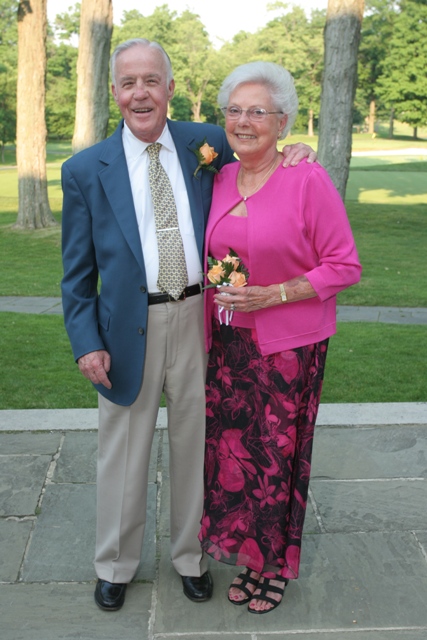 The Higley Fund, established by the couple in 1994, has granted $8.1 million to more than 175 organizations throughout Greater Cleveland. Two of their children, Bruce G. Higley and Sharon Higley Watts, represent the next generation as members of The Higley Fund board.

“Our parents believed in this community and believed in the value of giving back to create opportunities for others,” said Bruce G. Higley, chairman of The Albert M. Higley Co. and president of The Higley Fund. “Their legacy as true champions of the people and places that make Cleveland a great home will now endure permanently through the Cleveland Foundation so future generations can benefit from their passion for our community.”

“Al and Beverly’s philanthropy was guided by their humility, compassion and unwavering belief in what is right,” said Ronn Richard, president & CEO of the Cleveland Foundation. “We are honored to work with The Higley Fund to ensure that this legacy of kindness and humanity lives on through impactful grantmaking that meets the needs of our community.”

Al Higley was chairman and CEO of The Albert M. Higley Co. from 1971 to 1998. The firm, which was founded by his father in 1925, specializes in commercial, institutional and industrial building, and today puts in place more than $175 million in construction projects each year. Beverly Higley played an active role in nonprofit organizations and causes throughout the community and was intimately involved with The Higley Fund. Al passed in 2012, and Beverly in 2014.

“For our family, giving began at home – with our parents, and in our community,” said Sharon Higley Watts, First Vice President of The Higley Fund. “We are proud to continue our partnership with the Cleveland Foundation to ensure that everyone has access to services and opportunities that can create a better life.”

Established in 1914, the Cleveland Foundation is the world’s first community foundation and one of the largest today, with assets of $2.1 billion and 2014 grants of $98 million. Through the generosity of donors, the foundation improves the lives of Greater Clevelanders by building community endowment, addressing needs through grantmaking, and providing leadership on vital issues. The foundation tackles the community’s priority areas – economic transformation, public-school improvement, youth development, neighborhood revitalization, and arts advancement – and responds to the community’s needs.