Give Login Contact Search
At the Foundation / Grantmaking / Summer of Purpose: Community Values Not Lost in Translation 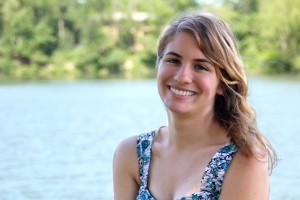 I never had cable TV as a kid so, when morning cartoons ended for the day, pickings were pretty slim for what to watch. I used to flick through our eight channel choices and inevitably stop when I landed on the Spanish one. I didn’t speak a word of Spanish but remember thinking, one day, I’m going to understand this. I don‘t know what it means but I like it.

I took my first Spanish class in seventh grade and my fascination with the language followed me through college as I completed a Spanish minor in Seville, Spain. Fast-forward to present day and an internship that allowed me to work in a community surrounded by the language I fell in love with years ago due to limited channel options.

I was a summer intern with the Cleveland Foundation. My host site for the summer was the Stockyard, Clark-Fulton & Brooklyn Centre Community Development Office (try saying that every time people ask where you work). The office serves neighborhoods on Cleveland’s West Side, from W. 25th through W. 82nd streets. A large portion of the area’s population is Spanish-speaking, and this is where I came in.

Interning with the office, I was tasked with overseeing the “Parties in the Park” program. The goal is to get neighbors out utilizing community facilities, such as parks, to show that these venues are safe. Beyond neighbors simply getting out, we wanted them to interact and become familiar with who lives in their community. We put particular emphasis on connecting with Spanish speakers so as not to isolate them through language.

I organized parties at the Brooklyn Centre Community Orchard and at Trent Park in the Clark-Fulton neighborhood. Because no funds were allocated to the events, all food, entertainment and activities were courtesy of donations I obtained through community organizations.

One of the most inspiring parts of the internship was witnessing the sheer amount of support, be it from nearby restaurants, local entertainers or neighbors themselves, giving back to their community. Everyone putting forth an individual piece toward the parties brought the neighborhood together in ways one person working alone never could have. I think I was most moved seeing everyone out dancing, eating, laughing, playing and celebrating during the events, regardless of language. There is a beauty that arises from working toward a common good that transcends even language and culture. Witnessing it is quite powerful.

Aside from planning party logistics, I acted as a Spanish translator, when needed, in the office. I am nowhere near as fluent as a native speaker, but was able to translate fliers into Spanish and interpret basic conversation between community members and coworkers.

Language can be a barrier that causes misunderstanding between cultures, but I also believe it can act as a bridge. I challenge you: The next time you meet someone whose first language isn’t English, speak a few words in that person’s native tongue and see how much more comfortable he or she becomes with you. Even if you’re not an expert, when you speak someone’s language, you’re saying, “I’m open to learning about you and your culture. I want to know more about you.” If this internship has taught me anything about connecting with your community, it’s that truly knowing the people around you and listening to what they have to say are what tie a neighborhood together.