Launched in 2013 by the Cleveland Foundation, Encore Cleveland helps to connect and fund a network of organizations to provide experienced Greater Clevelanders an array of meaningful opportunities in the community upon retirement or near the end of their primary careers. In our “Spotlight Encore Cleveland” guest blog series, we go behind-the-scenes to explore programs offered through the Encore Cleveland network. In this blog, meet Lori Urogdy-Eiler and learn about her involvement with Teach For America Greater Cleveland. 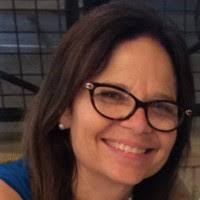 As a life-long educator in the Greater Cleveland area, Lori Urogdy-Eiler has a passion for change and social justice. Upon retiring after 35 years teaching in East Cleveland, Lori continued to serve East Cleveland City Schools for two years in several capacities, including facilitating community engagement initiatives and student leadership experiences. In August of 2015, Lori brought her talents to Teach For America, where she currently leads their Network Leadership initiative. In her role, she works to accelerate the pace of change in schools by forming teams of Teach For America corps member and alumni educators who work collectively to tackle school-wide issues. These teams are called CATALYSTS (Collective Action To Accelerate Learning Yielding Strong Transformational Schools).

This past year, Lori is especially proud of the work she did at John Adams College and Career Academy (JACCA) to help launch their mock trial team. The purpose of the JACCA team of CATALYSTS was to increase the ways students were leading and having an impact in their school while developing their new law and social justice career track experiences.

As the winner of the 1991 Ohio Teacher of the Year award, and the namesake for the Ohio Center for Law-Related Education’s Lori Urogdy-Eiler Award for Coaching Excellence in Mock Trial, this is where Lori’s passion truly lies. Teach For America corps members Ally Hurd and Carolyn Riley and alumnus Mary Collins formed JACCA’s first mock trial team with the help of Lori and her network of former mock trial students. Many of Lori’s former students are now in the midst of careers in law themselves including a local judge and a director and legal counsel for a large state university system.

Two recent former students, who were positively impacted and inspired by their mock trial experiences to become attorneys, were eager to motivate and contribute to JACCA students’ involvement in mock trial. They were instrumental in receiving the JACCA team courtroom experience. Thanks in large part to Lori’s experience and expertise, the JACCA mock trial team took home multiple individual awards in its first competition, including the Outstanding Attorney award.

Teach For America Greater Cleveland and its participants benefit greatly from the knowledge and experience that Lori brings to her work. In addition to Lori herself, they are also impacted and aided by her network of other Encore professionals and the expertise they provide. To learn more contact Lori.UrogdyEiler@teachforamerica.org.