The issue of structural racism defines this country for over 300 years.

Active calls to advance racial equity, accountability and visibility continue across generations. In 1992, the Los Angeles riots were sparked in response to the brutal beating of Rodney King by the police and the unwarranted shooting of 15-year-old Latasha Harlins by a Korean shopkeeper. In 2013, following the acquittal of Trayvon Martin’s murderer, the Black Lives Matter movement kickstarted into full force. That following year, 12-year-old Tamir Rice was killed by the Cleveland Police Department after an officer mistook a toy gun for a real one.

2020 saw an increased trend of Black and other identities of color being attacked and harmed due to their race. The nation witnessed a rise in anti-Asian hate crimes fueled by racist rhetoric tied with the pandemic. The nonprofit organization, Stop AAPI (Asian American Pacific Islander) Hate documented over 6,000 targeted cases between March 2020 and March 2021.

In February, Ahmaud Arbery was chased down and killed for a simple jog. The following month, a negligent police raid resulted in the death of Breonna Taylor in her own home. However, the death of George Floyd became the catalyst for one of the largest civil rights movements in United States history, which pushed for accountability and reforms to the country’s police system. 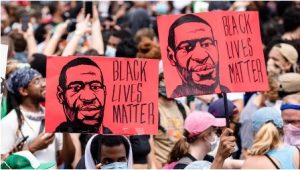 With many engaging in the long-overdue process of racial reckoning, there is also the acknowledgment of the individual and collective role in perpetuating structural racism. In terms of the field of philanthropy, there have been historic shortcomings when addressing racial disparities. The Association of Black Foundation Executives (ABFE) reported significant funding inequalities that exist at a time when disparities for Black families and neighborhoods are widening.

The issue of structural racism not only affects the entire country but also impacts our local community as well. Research conducted by The Center for Community Solutions found that Black residents in Cleveland are more likely to experience childhood poverty, be overrepresented in the criminal justice system and disproportionately represented in lower-wage occupations. Cleveland remains one of the most racially segregated cities in the nation, more than 50 years after the enactment of the Fair Housing Act.

With the Cleveland Foundation’s understanding that those who are closer to the problem are often closer to the solution, the Cleveland Black Futures Fund (CBFF) intends to elevate and provide resources to help the ecosystem of Black leaders and Black-serving organizations flourish. With careful selection provided by the fund’s committee, the foundation granted $1.9 million to 49 Black-led social change organizations during the first round of grantmaking from the fund.

CBFF is one of many steps to dismantle practices that made communities of color vulnerable to racist systems in the Greater Cleveland area. The fund represents a more intentional approach in the foundation’s work when handling anti-racist initiatives.

As the first round of applicants are announced, we welcome you to a new blog series that will introduce and highlight the amazing organizations that are making a positive impact on the overall community.

The foundation makes a commitment to learn, listen and become engaged with members of the community in order to evolve and move forward. We welcome you to join our initiative by making a gift to the Cleveland Black Futures Fund or by signing up to the newsletter for updates regarding the fund.