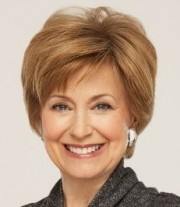 The Cleveland Foundation 2013 annual meeting on June 13 featured award-winning journalist Jane Pauley speaking about the “encore careers” movement – the idea of reinventing yourself after the age of 50.

After Pauley’s speech, Cleveland Foundation President and CEO Ronn Richard announced that the foundation is taking a leading role in the encore careers movement here in Cleveland. Richard said the goal of the Cleveland Foundation’s encore careers program is to offer mature Clevelanders the opportunity to apply their experience and to express their passions while helping to solve problems and serve the needs of the community.

“Our long-term vision is to make this city a national model in this emerging field,” he told those gathered at the annual meeting. “Imagine what we can achieve if we mobilize an army of older but still vital and at-the-top-of-their-game citizens to help rebuild Cleveland—especially Cleveland’s underserved neighborhoods.”

In the meantime, we want to hear from you! Anyone with ideas or interest in participating in the Cleveland “encore careers” effort can [email username=”encore” link-text=”send an email to”] or leave a message at 216.615.7597.

Jane Pauley is AARP’s “Today” show contributor on behalf of  “Life Reimagined,” a monthly series on NBC. “Life Reimagined”  highlights people age 50+ from across the country who are trying new things – whether it’s starting a different career, learning new skills, changing how they live, or finally pursuing their dreams. Formerly titled “Your Life Calling,” “Life Reimagined” will continue to cover a wide range of dynamic reinvention stories.

“I’ve been thinking and talking about ‘reinvention’ for more than 20 years,” said Pauley. “‘Life Reimagined’ is what we’re going to rebrand it. ‘Reimagine’ is a better word than ‘reinvent.’ When I first heard the word ‘reimagine,’ it’s like I took a big deep yoga breathe. ‘Life Reimagined’ features people who’ve reimagined their lives in a wide variety of ways. I hope our stories will inspire everyone to move toward the future with a positive new spirit, focus, and energy — with a little help from a powerful team; my new partners AARP and my old friends on the ‘Today’ show on NBC.”

As one of broadcasting’s most respected journalists, Jane Pauley has been a familiar face on morning, daytime, and primetime television for more than 30 years. She served as the co-host of the “Today” show on NBC from 1976 to 1989, anchored “Dateline NBC” for more than a decade and in 2004 became the host of her own daytime program, “The Jane Pauley Show.”

Pauley is the recipient of numerous Emmy and other awards, including the prestigious Walter Cronkite Award for Excellence in Journalism and the Gracie Allen Award from the Foundation of American Women in Radio & Television. Pauley has a contact with Simon and Schuster to publish a book in 2014 that will highlight “Life Reimagined” stories.

Pauley hopes “Life Reimagined” will assist, inform, and inspire the current and coming crop of 50+ Americans:  “AARP knows the future is bright for a generation that’s going to remain healthy and vital for 20, 30, 40 more years. AARP has the information and resources people need throughout their process of reinvention. This can be a time of great productivity, meaningful work, pleasure, creativity, and innovation.”