**DUE TO TREMENDOUS PUBLIC INTEREST, TICKETS TO THE 2017 ANNUAL MEETING WERE RESERVED WITHIN TWO WEEKS OF AVAILABILITY. TO STAY UP TO DATE, SIGN UP FOR OUR NEWSLETTER AT THE BOTTOM OF THIS PAGE.**

CLEVELAND – The Cleveland Foundation today announced that free tickets are now available for its 2017 Annual Meeting presented by KeyBank. The event, scheduled for May 10 at the State Theatre in Playhouse Square, includes the Robert D. Gries Keynote Lecture delivered this year by Steve Case, Chairman and CEO, Revolution LLC; Co-Founder, America Online; author, The Third Wave; and philanthropist, the Case Foundation.

“The theme of this year’s meeting, ‘Building Common Ground,’ emphasizes this annual opportunity for Greater Clevelanders to reflect on our shared accomplishments in the past year, while envisioning future investments we can all make in people, places and programs to advance virtually every aspect of our community,” said Ronn Richard, President & CEO of the Cleveland Foundation. “We appreciate KeyBank’s continued partnership in presenting this forum that celebrates the collective impact of so many caring Clevelanders and motivates us all to continue making a difference.” 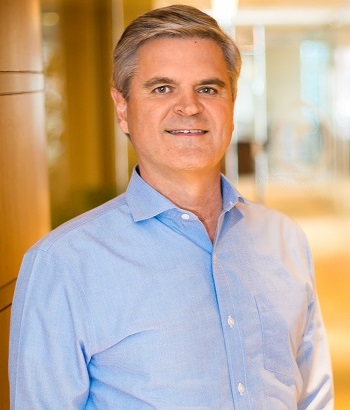 Steve Case’s entrepreneurial career began in 1985 when he co-founded America Online (AOL). Under Steve’s leadership, AOL became the world’s largest and most valuable Internet company, driving the worldwide adoption of a medium that has transformed business and society. Today, as Chairman and CEO of Revolution LLC, a Washington, D.C.-based investment firm he co-founded in 2005, Steve partners with visionary entrepreneurs to build significant ‘built to last’ businesses. In his best-selling book, “The Third Wave,” Case explains the ways newly emerging tech companies will have to rethink their relationships with customers, competitors, and governments; and offers advice on how entrepreneurs can make winning business decisions— and how all of us can make sense of this changing digital age. Steve is Chairman of the Case Foundation, which he established with his wife Jean in 1997. Together they have invested in hundreds of organizations, initiatives and partnerships with a focus on leveraging the Internet and entrepreneurial approaches to strengthen the social sector. In 2010, Steve and Jean joined The Giving Pledge and publicly reaffirmed their commitment to give away the majority of their wealth to philanthropic causes. The Robert D. Gries Keynote Lecture will be moderated by Dan Moulthrop, Chief Executive Officer, The City Club of Cleveland.

“We are proud to support this annual celebration of community philanthropy as part of our century-long partnership with the Cleveland Foundation,” said Margot Copeland, Chair and CEO, KeyBank Foundation.

The meeting will begin promptly at 4 p.m. with a community reception to follow. Those interested in attending can reserve tickets by calling the Playhouse Square box office at (866) 546-1353 or by requesting tickets online via: http://bit.ly/2017TCFAnnualMeeting

Up to 4 tickets per person are available on a first-come, first-served basis.

Established in 1914, the Cleveland Foundation is the world’s first community foundation and one of the largest today, with assets of $2.1 billion and 2016 grants of $93.6 million. Through the generosity of donors, the foundation improves the lives of residents of Cuyahoga, Lake and Geauga counties by building community endowment, addressing needs through grantmaking, and providing leadership on vital issues. The foundation tackles the community’s priority areas – education and youth development, neighborhoods, health and human services, arts and culture, economic development and purposeful aging – and responds to the community’s needs.

KeyCorp’s roots trace back 190 years to Albany, New York. Headquartered in Cleveland, Ohio, Key is one of the nation’s largest bank-based financial services companies with assets of approximately $136.5 billion at December 31, 2016. Key provides deposit, lending, cash management and investment services to individuals and small and mid-sized businesses in 15 states under the name KeyBank National Association and First Niagara Bank, National Association, through a network of more than 1,200 branches and more than 1,500 ATMs.  Key also provides a broad range of sophisticated corporate and investment banking products, such as merger and acquisition advice, public and private debt and equity, syndications and derivatives to middle market companies in selected industries throughout the United States under the KeyBanc Capital Markets trade name.