CLEVELAND – The Cleveland Foundation has appointed Leon Wilson to the newly created role of Chief Technology & Information Officer and announces expanded roles for two of its senior-level staff members – Lillian Kuri, who has been named Program Director for Arts and Urban Design, and Sylvia Pérez, who becomes Vice President for Corporate Governance and Governmental & International Affairs. 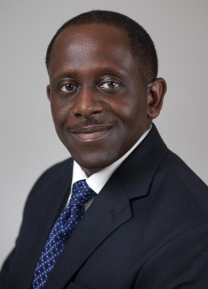 As Chief Technology & Information Officer, Wilson will lead the development and implementation of internal and external strategic IT initiatives to enhance the foundation’s work and leadership in the community. Wilson brings more than 20 years of senior-level technology experience to the foundation, including most recently serving as Senior Director for Technology and Data Engagement for the Michigan Nonprofit Association, where he played a key role in the organization’s Data Driven Detroit initiative. He also has held IT leadership positions with Blue Cross Blue Shield of Michigan and Minnesota, Federal-Mogul Corporation, General Mills and the Internal Revenue Service.

In her newly expanded role as Program Director for Arts and Urban Design, Kuri assumes responsibility for the foundation’s strategic arts initiatives, previously led by retired program director Kathleen Cerveny, in addition to continuing her work in urban design and sustainable development. Kuri began collaborating with the foundation as a project consultant in 2005 and has been a program director since 2007. Kuri has more than 20 years of nonprofit leadership experience, including roles as Executive Director of Cleveland Public Art, project manager for the City of Cleveland’s Planning Commission, and project coordinator for the Harvard Design School at Harvard University. Kuri is also a licensed architect in Ohio and a Leadership in Energy and Environmental Design (LEED)-accredited professional.

Pérez was recently promoted to Vice President for Corporate Governance and Governmental & International Affairs, assuming the role of corporate secretary of the foundation and supporting the management of the board of directors. She will continue her work on local and national leadership initiatives, including public policy and international affairs. Pérez joined the foundation as a National Urban Fellow in 2010 and, at the conclusion of her fellowship in 2011, was named Chief of Staff and Manager for Governmental & International Affairs. Pérez’s previous professional experience includes roles as Development Manager for Give to Colombia, Contracts Manager for Living Cities, Inc., and serving as an Atlas Service Corps Fellow in Bogota, Colombia.

Established in 1914, the Cleveland Foundation is the world’s first community foundation and one of the largest today, with assets of $2.2 billion and 2014 grants of $98 million. Through the generosity of donors, the foundation improves the lives of Greater Clevelanders by building community endowment, addressing needs through grantmaking, and providing leadership on vital issues. The foundation tackles the community’s priority areas – economic transformation, public-school improvement, youth development, neighborhood revitalization, and arts advancement – and responds to the community’s needs.