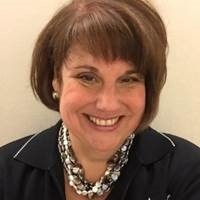 Potter brings more than two decades of finance experience to the foundation. Most recently, she was Senior Manager for Pension Management at Eaton Corporation, where she was responsible for the oversight and investment of $10 billion in global retirement assets. She also has held treasurer positions at several other global companies including the Lubrizol Corporation, RTI International Metals and Dexter Corporation.

“Rosanne brings incredible expertise and financial and investment skills to the foundation,” said Cleveland Foundation President and CEO Ronn Richard. “She has a proven track record of financial excellence and she will make a wonderful addition to our senior leadership team.”

Potter earned a bachelor’s degree in economics and French from Boston College and earned her MBA in finance at Loyola University. She serves as a part-time faculty member at Kent State University, where she teaches finance courses for the university’s Executive MBA program.

She is also active in the community, serving as a member of the executive board of Adoption Network Cleveland and In Council with Women. Potter is a former board member of the American Heart Association (AHA) Go Red Campaign and the Make a Wish Foundation’s Northeast Ohio chapter. She was the founding chair of the AHA Go Red Circle of Red Cleveland chapter. Last year, she was named a Crain’s Cleveland Business Women of Note honoree.

Asbeck is retiring in June after six years at the foundation.

“We will miss Kate tremendously and are deeply grateful for the significant contributions she made during her tenure, which have positioned the foundation for continued success. We wish her all the best in her retirement,” said Richard.