Saturday, Apr. 26, will be the first free weekend day for all visitors to the Zoo in nearly 20 years and includes admission to The RainForest 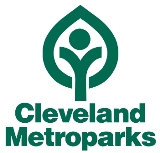 “Cleveland Metroparks was established, in part, as a result of one of the first studies the foundation commissioned back in 1919. Today, it’s impossible to imagine our community without Cleveland Metroparks and the Zoo,” said Robert E. Eckardt, executive vice president of the Cleveland Foundation. “We want to help make sure Greater Clevelanders enjoy the great nationally-renowned assets available right in our own backyards, which is why we’re opening the gates to the Zoo for this rare free day opportunity for Northeast Ohio families.”

In addition to its role in the formation of Cleveland Metroparks, the Cleveland Foundation supported last year’s transfer of the lakefront parks to the Park District – adding significant new “jewels” to the “Emerald Necklace.” The foundation has also supported the construction of many of Cleveland Metroparks Zoo’s attractions, including African Elephant Crossing and the koala exhibit in Australian Adventure.

“The Cleveland Foundation has had a major hand in supporting the Zoo and Zoo Society, with significant grants for science education programs and new exhibits, as well as guidance in connecting the Zoo with top priority community needs,” said Cleveland Zoological Society Executive Director Elizabeth Fowler. “We look forward to celebrating another 100 years of civic action and conservation awareness, as we all work together to sustain a vibrant community and connect people with wildlife.”

More details on the special family programming for the day will be announced the week of April 21. Visitors are being encouraged to honor the day’s focus on sustainability by biking, carpooling, walking, or taking public transit. Directions and parking info are available at www.clemetzoo.com. Visit www.riderta.com to explore Greater Cleveland RTA routes.

“What a tremendous gift to the community and what an impactful way of allowing Cleveland Metroparks, the Zoo, and Zoo Society to share our combined mission of conservation education,” said Dr. Chris Kuhar, Executive Zoo Director. “We invite everyone to come out and play and explore at the Zoo for free.”