Cleveland Foundation awards $150,000 grant for City of Cleveland plan to celebrate our city’s literary history through public artworks along the RTA’s Red Line

CLEVELAND – The Cleveland Foundation board of directors has approved a $150,000 grant to LAND studio to support an innovative City of Cleveland plan to place public artworks along the Regional Transit Authority’s Red Line – from Cleveland Hopkins International Airport to Downtown Cleveland – in time for the Republican National Convention (RNC) in July 2016.

The foundation grant follows $357,000 in Northeast Ohio Areawide Coordinating Agency (NOACA) funding to support this first phase of the project, which has been developed in partnership with the RTA. The goal is to eventually expand to RTA’s other transit lines, potentially creating one of the nation’s largest outdoor art galleries.

“This is a good example of what public-private partnerships can accomplish in our city,” said Mayor Frank G. Jackson. “This project began as a city led initiative, in partnership with RTA and Land Studio and has attracted support from the Cleveland Foundation, following initial investments from the city’s Department of Economic Development and a great investment by NOACA. The development of public art along the RTA Red, Blue and Green Lines will improve the transit experience for all.”

The public artworks will be inspired by the Anisfield-Wolf Book Awards, the annual literary prize presented by the Cleveland Foundation. Celebrating its 80th year, the Anisfield-Wolf Book Awards are the only juried prize in the nation for books that confront racism and celebrate diversity. The art installations will honor past winners, which have included local literary giants Toni Morrison and Langston Hughes and national leaders such as Martin Luther King Jr. and Malcolm X. This year’s winners will be honored Sept. 10 at a sold-out ceremony at the Ohio Theatre in Playhouse Square, emceed by jury chair Dr. Henry Louis Gates, Jr. 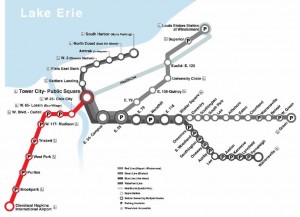 “This project showcases the power of the arts to transform community spaces,” said Lillian Kuri, Cleveland Foundation Program Director for Architecture, Urban Design and Sustainable Development. “We believe it has the potential to turn the Red Line into a cultural attraction, especially by connecting the art to the Anisfield-Wolf Book Awards, an internationally-respected program born right here in Cleveland.”

LAND studio will lead the curatorial team for the project, which will include Fred Bidwell, cofounder of the Transformer Station, Karen R. Long, program manager of the Anisfield-Wolf Book Awards, and other community representatives. The team will select the local, national and international artists invited to participate in the project and the authors whose work will be represented through the installations. 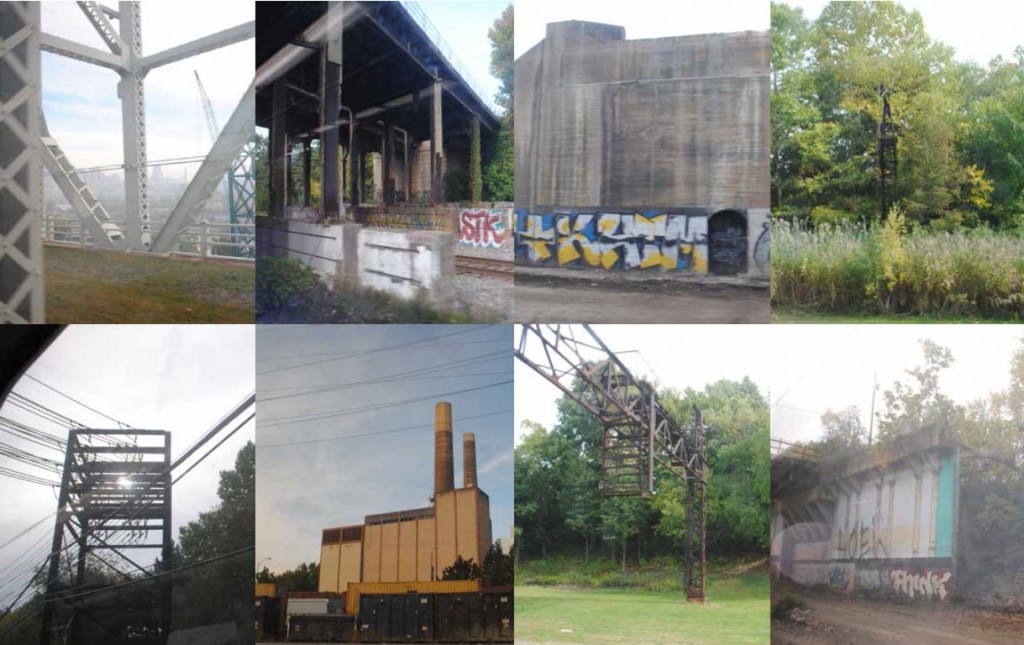 “The Red Line is this amazing canvas which has attracted artists for years,” said Ann Zoller, LAND studio’s executive director. “Because the Rapid connects so many of the city’s cultural assets directly to residents and visitors, we see this as the perfect vehicle for bringing together artists of different backgrounds to respond to the incredible works of literature that Anisfield-Wolf celebrates. We hope that the artwork evolves over time by working with literary experts to
shape the content and themes that will be depicted throughout the entire corridor.”

“RTA sincerely thanks the Cleveland Foundation for their commitment to the success of this effort. Because of their generosity, the Red Line art program will certainly help create a positive first impression for visitors coming to Cleveland for the RNC next summer. But, more than that, it is a way that we can create a better experience for all of our customers who ride RTA every day,” said Joe Calabrese, RTA’s chief executive officer and general manager.

This grant announcement is part of the Cleveland Foundation’s August grantmaking cycle, which totaled more than $1.7 million.

Established in 1914, the Cleveland Foundation is the world’s first community foundation and one of the largest today, with assets of $2.2 billion and 2014 grants of $98 million. Through the generosity of donors, the foundation improves the lives of Greater Clevelanders by building community endowment, addressing needs through grantmaking, and providing leadership on vital issues. The foundation tackles the community’s priority areas – economic transformation, public-school improvement, youth development, neighborhood revitalization, and arts advancement – and responds to the community’s needs.