CLEVELAND (Jan. 18, 2019) – There’s no more asking “what if?” Today, Cleveland officially became the fourth Say Yes to Education community-wide chapter in the nation, upping the city’s game for thousands of children – which will ultimately help create a thriving center city and a robust regional economy.

Highlights of the announcement include: 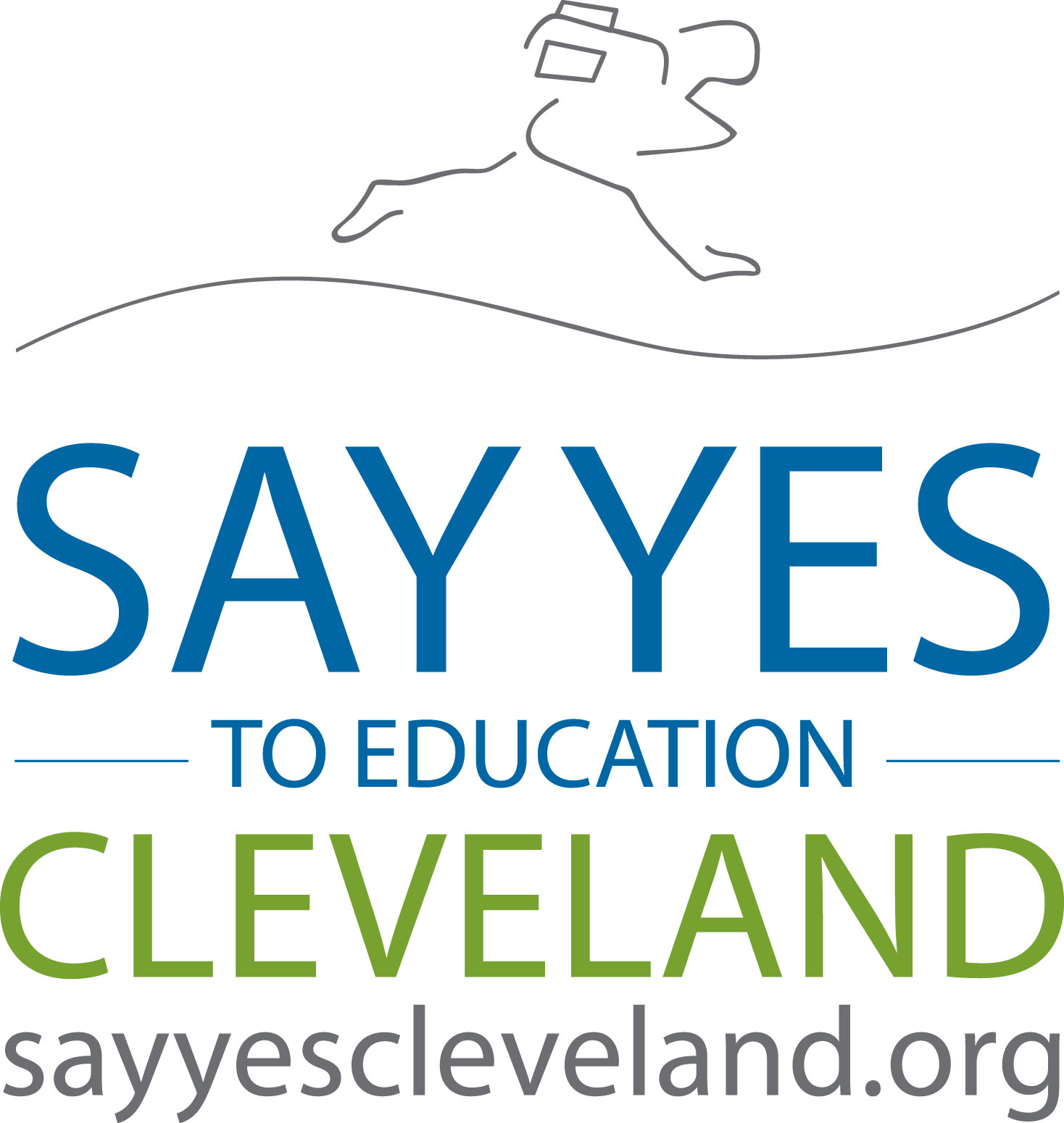 Over the next 25 years, eligible students living in Cleveland* and attending the Cleveland Metropolitan School District (CMSD) or partnering charter high school will have the opportunity to receive scholarships toward tuition for postsecondary education (four-year university, two-year college or Pell-eligible certificate program.) The scholarship program will begin with the high school graduating class of 2019.

Almost $90 million has been raised locally in the early phase to provide scholarships to any public university, college or Pell-eligible certificate program in Ohio. Cleveland students also now have access to tuition scholarships from over 100 private colleges in the Say Yes National Higher Education Compact. (Nine private colleges and universities in Ohio joined the Compact today, bringing the number of participating institutions in the state to 12.)

How Say Yes Will Impact Cleveland

The goals of the Say Yes Cleveland are to increase education levels of Cleveland residents; boost and retain population in the city of Cleveland; improve college access for middle- and low-income families in Cleveland; and spur economic growth and expansion in the region.

After a multi-round review process, the Say Yes to Education national organization informed Cleveland in May 2017 that it had satisfied the early milestones on the long path to become the next chapter of Say Yes. Since then, Cleveland and Cuyahoga County have been working diligently to meet the final requirements to become a chapter.

Say Yes to Education Founder and Chairman George Weiss: “The members of the Say Yes National Board and I have been deeply impressed, and moved, by the efforts of the city of Cleveland to come together to offer its young people hope – an aspiration that has always served as a cornerstone of Say Yes to Education.

“Our new partners in Cleveland recognize that it requires an enormous investment to raise the aspirations of all students, many of them seeking to become the first in their families to attend college – and, more importantly, to graduate. There is the obvious financial commitment. But fulfilling that promise also requires community buy-in, a willingness to believe that all children can succeed if they are given not only the opportunity, but the necessary support. That includes tutoring and mentoring as well as services to improve their health and social-emotional well-being.”

A key differentiator of the Say Yes communitywide strategy – and a reason Cleveland pursued the opportunity – is that it’s not just a scholarship program. Its framework calls for all entities serving the community’s children to share their data to better address students’ individual needs and connect them to additional support services, academic and non-academic, from pre-K through postsecondary graduation.

NOTE: The Say Yes Scholarship Application Portal opens online on Monday, Feb. 4 for students in the graduating class of 2019. Students also are encouraged to check in with their high school counselors or College Now advisor.

The public is encouraged to visit www.SayYesCleveland.org to learn more.

Mentoring for All Scholarship Students

Leaders of the original convening partners share their thoughts on what Say Yes Cleveland now means for Cleveland and Cuyahoga County:

“As a Say Yes city, we can create an opportunity for Cleveland students, regardless of economic circumstance, to go to college. Say Yes can help support their growth and aid in high-quality educational opportunities for those who traditionally would not have access. This is an excellent example of community partnerships contributing to equitable prosperity for all Clevelanders.”

“There aren’t many communities in the country who have made a promise like this to their kids. The Say Yes program will propel our kids and our community to success in the future. Lots of our children see postsecondary education as a pipe dream. We change that today for many of them. They now have the guarantee, not just the hope, that they will have the support they need to finish high school and go on to get the education they need. We’re setting them up on a path that will enable them to qualify for the many jobs we have open here in Northeast Ohio.”

“We have proven that, through The Cleveland Plan, we can improve academic outcomes for Cleveland’s kids. However, we know all too well that there are so many out-of-school hurdles that our students and their families encounter that make fully engaging in learning more difficult than (it is for?) many of their school-aged peers. Say Yes is a comprehensive strategy to wrap services around students and families who need them most and then to ensure that each of those students has the final hurdle – resources for college or a meaningful post-secondary education – cleared as well. Today, we are leaving a legacy for the Cleveland community.”

“Through an unprecedented philanthropic partnership among foundations, corporations, public organizations, nonprofits and individual donors, Cleveland has stepped up with incredible generosity to greatly enhance the opportunities for our youth today and for years to come. Say Yes to Education has brought our community together like never before. It has put the right systems in place so that our kids can get the best education in a supportive environment that empowers them to become successful, productive, and thriving citizens as they pursue whatever career they dream of. We are so proud to be a part of the team that has said ‘yes’ to our community and its potential for greatness.”

“College Now is proud to have been a convening partner in helping Cleveland become the final Say Yes chapter and to be managing the scholarship and mentoring components of this wonderful initiative.  We are looking forward to ensuring all CMSD and partnering charter high students have a best-fit postsecondary plan and the support they need to complete it.”