We’re pleased to announce the winners are:

This year’s winners join the more than 230 authors who have been honored with Anisfield-Wolf prizes over the past 82 years. Previous winners include four writers who went on to win Nobel prizes — Gunnar Myrdal, Nadine Gordimer, the Rev. Martin Luther King, Jr. and Toni Morrison.

We invite you to learn a bit about this year’s honorees and their work: 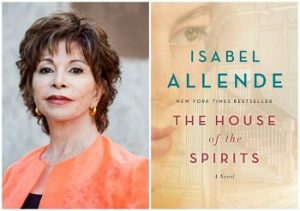 Isabel Allende is considered the most widely-read author writing in Spanish, having sold more than 67 million books. Born in 1942 in Lima, Peru, to Chilean parents, Allende burst onto the literary scene in 1982 with The House of the Spirits, which began as a letter to her dying grandfather. She starts each new book on the date of that letter, January 8. A feminist and philanthropist, Allende memorialized her daughter in the acclaimed nonfiction work Paula. More than 3.5 million have watched her TED Talk on leading a passionate life. In 2014, President Barack Obama awarded Allende the Presidential Medal of Freedom, the nation’s highest civilian honor. 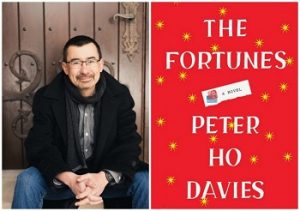 Peter Ho Davies sees his innovative novel The Fortunes as “examining the burdens, limitations and absurdities of Asian stereotypes.” Anisfield-Wolf juror Joyce Carol Oates calls it a “prophetic work, with passages here of surpassing beauty.” In four linked sections, The Fortunes explores the California Gold Rush, actress Anna May Wong, the 1982 murder of Vincent Chin by a disgruntled Detroit autoworker and the contemporary adoption of a Chinese daughter by American parents. Davies, a University of Michigan professor, is drawn to how we construct our identities. 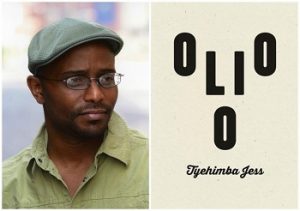 Tyehimba Jess put eight years into the creation of his second book, Olio, itself a physical work of art that imagines and reclaims lost African-American performances from the Civil War until World War I. A native of Detroit, Jess graduated from the University of Chicago and New York University. He is an alumni of Chicago’s Green Mill Slam Team. Anisfield-Wolf juror Rita Dove declared herself wowed by “this roller-coaster mélange of poetry, anecdote, songs, interviews and transcripts” code-switching its way through the briar patch of American history. Jess is a professor at the College of Staten Island. 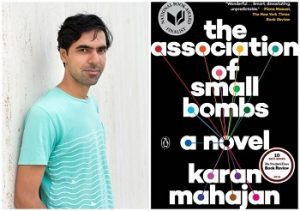 Karan Mahajan took an incident from his New Delhi boyhood, when a car bomb exploded in 1996 in a marketplace near his home, as a spark for his second novel, The Association of Small Bombs. It tells of three boys caught in the blast, only one of whom survives. In a brilliant study of violence and its aftermath, Mahajan examines Punjabi society, Hindu and Muslim antagonism and the sometimes comic expression of human grievances. Anisfield-Wolf juror Simon Schama called the novel “a brilliant explosion of a book, essaying a totally original style — antic, dynamic and unrelentingly gripping.” 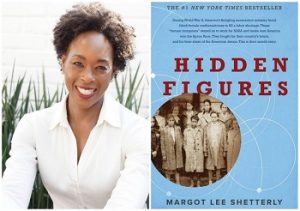 Margot Lee Shetterly saw her first book, Hidden Figures: The American Dream and the Untold Story of the Black Women Mathematicians Who Helped Win the Space Race, become a juggernaut atop the bestseller lists. Simultaneously, the film version enjoyed critical acclaim and a robust box office. The writer, on a 2010 visit to her hometown of Hampton, Va., realized the stories of four local workers at NASA — Dorothy Vaughn, Katherine Johnson, Mary Jackson and Christine Darden — deserved telling. Shetterly conducted hundreds of interviews and read thousands of documents to accurately depict her protagonists. Anisfield-Wolf juror Rita Dove called it “a riveting, important work.”


This year’s Anisfield-Wolf winners will be honored September 7 at the State Theatre in Cleveland, hosted by the Cleveland Foundation and emceed by Jury Chair Dr. Henry Louis Gates. The ceremony will be part of Cleveland Book Week. We hope you’ll join us! Free tickets for the ceremony will become available in July.

For additional information, and a complete list of the recipients since 1935, visit www.Anisfield-Wolf.org.

More in Arts & Culture, At the Foundation, Events