Give Login Contact Search
At the Foundation / Grantmaking / Racial Equity & Social Justice / #BlackFuturesFundCLE: Highlighting the Grantees Advocating for our Black and LGBTQ+ Communities & Women in Crisis

With the understanding that those who are closer to the problem are closer to the solution, the Cleveland Foundation announced its Cleveland Black Futures Fund (CBFF) with the intention to support the ecosystem of Black-serving organizations and Black leaders. With careful selection, the foundation granted $1.9 million to 49 Black-led organizations during the first round of grantmaking.

This week, we would like to highlight the CBFF grantees who are making active efforts in social justice, advocating and supporting the rights and demands of Black and other marginalized identities.

In 2013, following the acquittal of Trayvon Martin’s murderer, Patrisse Cullors, Alicia Garza, and Opal Tometi sparked a movement that centered on the protection and affirmation of the Black population. Over time, Black Lives Matter (BLM) became a rallying cry for the dismantlement of the intentional and systematic targeting of Black Americans while maximizing roles for neglected members of the community. 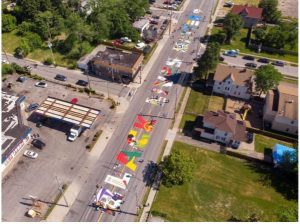 The development and overall support of BLM continues to expand as the organization is now represented as a global civil rights movement. Nationally, the member-led network recognizes over 40 chapters, two of which are supported by the Cleveland Black Futures Fund.

Black Lives Matter Cleveland (BLMCLE) was established in 2015, a year following the death of Tamir Rice. Co-founded by Kareem Henton, BLMCLE remains proactive in demanding an end to police brutality and advocating for police reform with accountability, legislation and training. Last summer, BLMCLE sent a 10-point proposal for better policing in Cleveland, which included the mandatory usage of body cameras for all officers. You can follow Black Lives Matter Cleveland’s work on its website, Facebook, Twitter and Instagram.

The chapter based in Lake County maintains its mission to implement plans of action that address existing discrimination and disparities in social justice. The grassroots organization offers specialized programming to maintain its mission throughout Lake County communities. Black Minds Matter is a support group focused on addressing mental health in the Black community while providing support for those who may have experienced a traumatic incident. Stay updated with Black Lives Matter Lake County through its website, Facebook and Instagram. 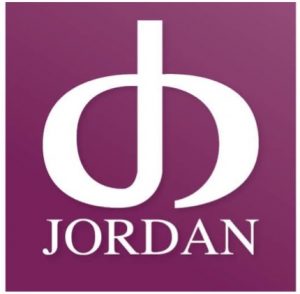 15 years ago, the Jordan Community Resource Center was formed as a women’s support service based in Greater Cleveland. The mission of the community center is to provide transformative support services to women in crisis.

The resource center offers a 90-day transitional housing program with its Jordan-House Supportive Living. The program helps residents build self-confidence and self-sufficiency through a strong foundation, while assisting in family reunification. The program also offers trained counselors to create a stable, encouraging and supportive environment during their transition. To learn more about the Jordan Community Resource Center, visit its website or Facebook. 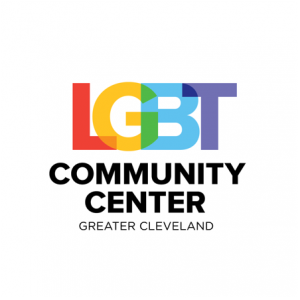 Founded in 1975, the Lesbian Gay Bisexual Transgender Community Center of Greater Cleveland is one of the few organizations that directly serve the LGBTQ+ community. The Community Center provides essential needs for the community while educating the general public on the effectiveness of allyship.

The center offers immersive programming that focuses on and caters to the LGBTQ+ spectrum and key areas of interest. The Queer Youth Initiative seeks and provides a support network for LGBTQ+ youth ages 11-20. Participants of the program can express their identities while uplifting each other through leadership development and advocacy. The center also provides different community groups for multiple members of the community. Stay updated with the LGBT Community Center through its Facebook, Twitter or Instagram. Or donate to the center directly on its website. 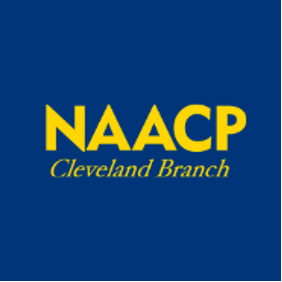 The National Association for the Advancement of Colored People (NAACP) bases itself on the goal to improve and promote the political, economic and social status of marginalized identities. Widely recognized as the nation’s oldest and largest grassroots-based civil rights organization, the NAACP holds a multitude of branches across the country.

The NAACP Cleveland Branch was established in 1912 to provide social justice services to communities without any other means of assistance through a variety of programs. Through its active membership, the Cleveland Branch offers youth initiatives, celebrations through its annual Freedom Fund and resources regarding civic engagement. Those who are interested in supporting the NACCP Cleveland Branch can contribute to future projects. Stay updated with the organization through its Twitter and Instagram or its website.

The Cleveland Foundation makes a commitment to learn, listen and become engaged with members of the community in order to evolve and move forward. We welcome you to join our initiative by making a gift to the Cleveland Black Futures Fund or by signing up to the newsletter for updates regarding the fund.