Cleveland’s sports teams aren’t the only groups bringing home national titles this year. Last week, the Cleveland Metroparks won the 2016 National Gold Medal for Excellence in Park and Recreation Management. The award is among the most prestigious awards for parks and recreation agencies nationwide, and 2016 marks the fourth Gold Medal Award win for the Cleveland Metroparks. We’re grateful to the Metroparks for providing top-quality outdoor education and recreation opportunities for our community, and we’re proud of our long partnership, which stretches back nearly a century.

In 1919, a Cleveland Foundation-commissioned study of Clevelanders’ leisure activities recommended the expansion of public recreational opportunities. This recommendation sparked an effort to acquire outlying parkland for what would become the beloved “Emerald Necklace.”

Our partnership with the Metroparks continues today. In recent years, we’ve worked with the Cleveland Metroparks to enhance public access to the lakefront for Greater Cleveland residents. In 2013, the City of Cleveland’s six lakefront parks joined the Cleveland Metroparks system, adding an important new strand to the Emerald Necklace. With a startup grant from the foundation, the Metroparks launched an Urban Beach Ambassadors program, a team of volunteers at Edgewater and Euclid/Villa Angela parks to help improve visitors’ enjoyment of the lakefront. 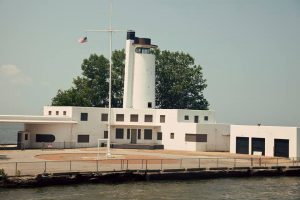 In 2014, our grant dollars helped the park system develop plans to renovate the historic Coast Guard station at Wendy Park. Earlier this year, we announced a $200,000 grant supporting the first phase of the renovations, which will restore the exterior and grounds of the station in alignment with the National Register of Historic Places standards and enhance public access to the lakefront by providing additional educational and recreational programming at the station. 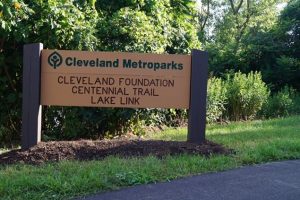 More in Environment, In the Community, Strengthening Cleveland